Q: I have a question about sexuality. My question is how, as a parent, to guide an adolescent in a correct way, in a good way, into their sexual power?

John: Sexuality is for communion, but it’s typicallly related to as an appetite. Its introduction awakens a physical appetite. What it is really for is for meeting and for communion. Sexuality is really for the communication of your being, the communication of all of your deeper levels, through your heart, into your self and through your body. As soon as sexuality is confined to the context of the body, and the appetite within the body, then sexuality is completely misunderstood. It’s given power in a way that doesn’t belong. The power of sexuality doesn’t belong to a physical gratification, or being experimental; It belongs to what we are as beings.

Q: I understand what you’re saying. The question is how to communicate that to my son.

Deeper sexuality is the movement of being. When the being moves through a baby, a baby has direct access into you. Let a child hold a baby. It has direct access into the child and the child knows it. The child doesn’t understand it, but when the awareness of the child is there to what’s actually occurring from within the baby to the child, the child is taken by that and loves that. So you can show in practical ways like that how the deeper levels move, how they open. Introduce it to a child and a child is really awakened in that, then a child goes around looking for the deeper levels in everything because it loves finding them. When it finds them in anything, in a tree or a baby, in nature, or in its own heart, its own deeper levels open and it loves learning, meeting and communion.

Once a child understands that, a child will have a rich comprehension of what sexuality is for. The meaning of sexuality is to make physical the richness of this depth. Then when a child comes into the opening and the movement of its own hormones and it starts to experience hormonal sexuality, then it has an energy that can be pour back in to the deeper levels. As soon as it’s used just simply for the surface, then the hormones become more invigorated and exercised, and it puts the focus where it doesn’t belong. When the energy that is available within the movement of the hormones in the body is given back to the deeper levels, and the deeper levels of sexuality are already understood, the child already comprehends it. The child grows up comprehending it. As soon as the child is turned inward then that feeds the deeper levels. It feeds even more what the child was already coming into. So the movement of those hormones has a different context than what it originally feels like in the body. When that energy is directed to subtlety within, that’s the development of a pattern that’s required within the physical movement of sexuality that keeps sexuality from moving into coarseness and redirects it to move into what the being is.

When it’s used to feed an appetite, then there’s going to be a separation from being. When it’s used to feed the deeper levels that are already awakened to, then it brings out one’s being. When children even begin to realize some of this, children love it. It’s really exciting for them. It’s more exciting for a child to comprehend unseen levels within, and unseen movement within, than something that’s fixed outside of themselves. Instead of looking at something, they love seeing within. Once that’s introduced to them they learn quickly. When children are put into the way, into deeper ways, children absorb. They’re natural responders. As soon as they recognize and comprehend a deeper meaning and a deeper value, they naturally love that. If they’re not awakened to that, then they’ll more naturally move in what they experience in their body.

Q: What I understand is that that’s the next most important thing to do to prepare this foundation, that when the sexuality is moving into a hormonal and physical sense, that the child is, in a way, prepared already to direct that into deeper levels.

John: By first awakening them to the deeper levels of sexuality.

John: The deeper levels of sexuality have nothing to do with sex. They have to do with meeting and communion, and that is what is available to children within and outside of themselves. As soon as they are awakened to that, they have the context.

Q: And we as parents, as a couple, we are the example for him.

Q: So as you said in one of the meetings today, the strongest way to learn is by example. That means for us to be really honest and to really be true, to really love.

When it seems like nothing is there, and you’re beginning with the deeper levels in each of you, then you’ll be making love from scratch, working with all of the real ingredients. As you bring them together you’re making what love is. When you do that together with your wife, the energy of that goes into both of you. It fills the house. The house, the home, is filled with a density of what love really is. When you and your wife are in what love making really is, when you later hold a child, that energy goes into the child. The way the child experiences it is nurture. It is love. A child doesn’t experience sexuality. It experiences its deeper levels, and they move towards you because yours are active. 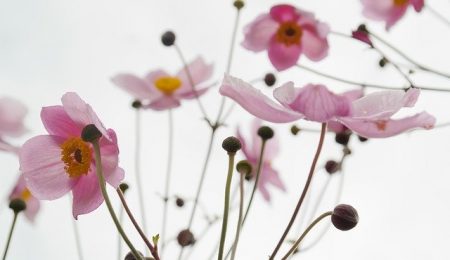