Q: You once said that we meet here on earth, and after we die we will meet again. What does that mean?

John: When you meet anyone, as soon as there is the slightest little touch of meaning in the meeting there is a movement of being within that touch. The movement of being, as it registers in your self and in your person, easily gives you a sense of recognition that there’s someone else who’s really there, a recognition of meaning.

After we’ve died, everything is knowing and being.

Q: You once said that we meet here on earth, and after we die we will meet again. What does that mean? John: When you meet anyone, as soon as there is the slightest little touch of meaning in the meeting there is a movement of being within that touch. The movement of being, as it registers in your... Gentled And Quieted In The Midst Of Fears And Addictions

Q: I’ve been listening to you for a while now, but still have problems with fears coming up and old patterns from a bad kundalini experience. I’d like help with that, if possible. John: Just like being gentled and quieted within, regardless of all else. Q: Would you talk
Read Transcript Lack In Your Self Is Okay

Q: I don’t really understand how to take care of people who are suffering or in difficulty. John: There needs to be a fundamental acceptance that we’re not going to get it all right, either toward our selves or toward others. Unless you start with that, you’re going to have an
Read Transcript From A Stream To A River: Your Deeper Levels Aflow

Q1: John, you’ve spoken about the centre of the body, and what happens in the body and how to relax. Where is it controlled from? Where is this point where I can release that to my body completely? John: It’s controlled in your face and in your solar plexus. Q1: In
Read Transcript Being With Another In Difficulty

Q: My father died last year and since then my mother has become very unhappy and dependent on me. I’m with her a lot. I often feel her unhappiness and it makes me physically ill. John: She doesn’t need you. She needs to be in her heart, and she
Read Transcript Upward And Forward: Moving Through Difficulty

Q: I lost my job. I can see there’s opportunity in it and at the moment I’m struggling to see what to do next – whether to find another job in the same line or whether to make a change. Losing my job brings up being unsure about my self
Read Transcript How Can Therapy Help?

Q: John, there’s a supposition that therapy is necessary in order to be free from the stories we use to justify our perceptions and our self-identity. It seems as if you’re saying that merely living by the truth, you see you’ve been dishonest, and that honesty will dissolve all
Read Transcript 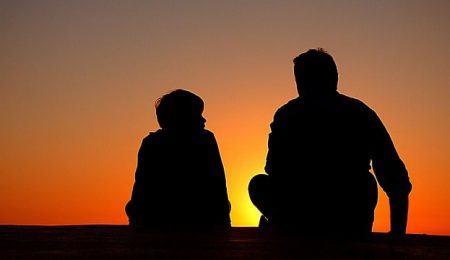 Having Your Heart In Your Work

Q: All my life I’ve had this problem with having a job. It always ends up with me getting very stressed and depressed and in the end I quit. I can’t figure out what the problem is because I would just love to find work that I love to do.
Read Transcript