Being in the New Despite a Feeling of Crumbling

Q: I said to you once, in a time when there’s greater meaning coming in but also when life seems much more seamless and I’m just at this state, everything crumbles in a way that I don’t know what to do.

John: You are starting to move filters in your self, structures in your self. Then it feels like in your self you’re crumbling, or like something is falling apart.

Q: Well, not just one thing, pretty much everything! What I would like to come to, and this seems really difficult, is to not really think of tomorrow.

John: Without your filters, filters in your self, there isn’t tomorrow.

Q: But for example, what about making choices for the direction of my career?

Q: And after this stage of crumbling?

John: Then you’ll find out.

Q: With the new coming in and the old crumbling, there’s a lot of power coming through and if I’m not giving the appropriate form to that level it’s almost like the fire is being extinguished. I feel that I need to do something big to get it going.

Q2: Could you say something encouraging for that time of such meaninglessness?

John: You don’t really need encouragement. You in what is new doesn’t need any comfort. You in what is new is like this burning coal within that does not have understanding. It’s not seeing. The burning coal is the intensity of knowing. All you have is that you’re really knowing and everything else is being stripped away. Comfort doesn’t truly help. Let’s say you’re deep in a profound realization. For someone to come around and put their arm around you to comfort you, that would have nothing to do with what you’re in.

Q: What about what’s just coming up, like into my face like we talked about earlier? There’s a lot happening in my throat.

Q2: But is that part of the crumbling?

John: Yes, having emotion in your self in the midst of what is crumbling of your self. The emotion is your effort in your self to understand what’s crumbling. The emotion in that is an old effort in your self to do something about the profundity that you’re in. It’s not able to do anything. So when you use emotion, it gets stuck in your throat. That’s fine. It won’t take very much for you to move past that because you’re not fundamentally interested in recovering or getting through this. Fundamentally, you’re interested in the newness that you’re coming into, regardless of what that’s costing you. You’re settling into that truth. The crumbling makes real for you what’s not useable. If it we’re not crumbling, whatever’s not crumbled you might try to use. Whatever is crumbling you won’t use because you’re not going to try to use something that’s in disarray and falling apart.

Q: So even if I see the densities here, other densities that are crumbling, I would just let it go? 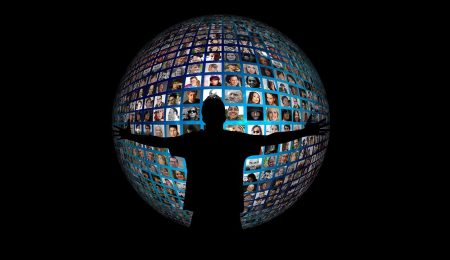 Q: I try to live with an open heart and a soft one, but it’s still weak and I know that an open and soft heart isn’t weak. I still search for shelter from the strong, dark or fearful influences of the world. Do you know how I can
Read Transcript
PrevPrevious Transcript
Next TranscriptNext
PrevPrevious
NextNext